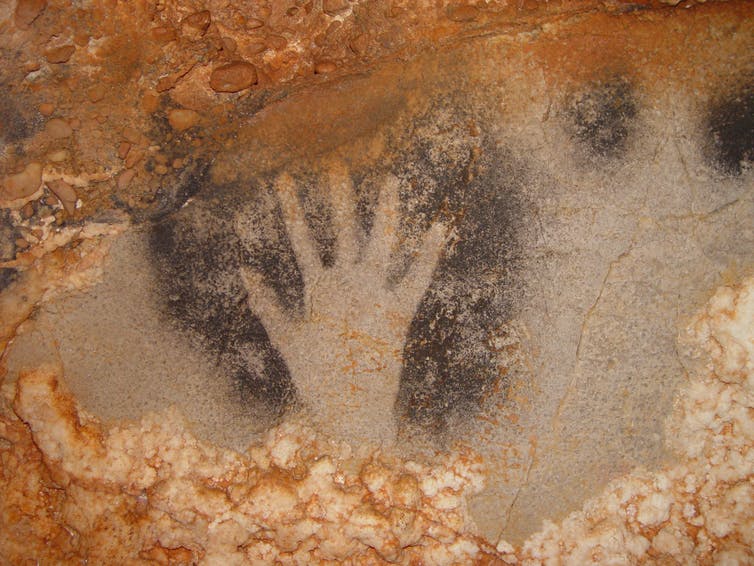 More than 30 years ago in my region (North-East of Italy) there was no analyst and I was travelling for a whole afternoon four times a week to reach my training analyst in Venice. I was lulling the prospect of my becoming “The First Analyst” in my city. I was fantasizing about a near future when everything connected with psychoanalysis in my city should pass through me, when nobody should speak there about psychoanalysis except me and how at the end I would be the natural leader of any future psychoanalytic group there. This idea seemed to me such an obvious fact that, at that time, I didn’t spoke of it to my analyst. Actually I was protecting it from his interpretations. Few years later two colleagues moved to my city. I abruptly awoke and my grandiose dream dissolved. It was interesting that, as we realized few years later, moving to a new area they had cultivated similar fantasies too. Fortunately for us, and for psychoanalysis in our city, all this ended in a general laughing, instead of a life long struggle on who would be the real progenitor and, as such, the holder of the total authority over the souls of our region.

But, why the hundred percent of this small sample was affected by the same syndrome? Is it common to other professions too or is it a special psychoanalysts’ feature?  I have realized that this disease seems to affect rather easily analysts all over the world.

Working throughout Eastern Europe, an area where there is a lot of space for “progenitors”, I have found a certain number of colleagues who seem affected by this disease, though to a different degree of severity in different cases.

This arises some interesting questions. Is there something in the same analytic tradition that fosters it? Are the Westerns, who train Easterns, doing some mistakes, so that such attitudes may be amplified? Is this connected with a defence, when a still weak professional identity is felt threatened by any compromise with others and with a complex reality? Is this the result of a natural selection of narcissistic personalities, because, among other things, a narcissistic structure aiming at power may be more eager to bear the heavy sacrifices necessary to achieve a psychoanalytic training in such difficult conditions (considering that, for narcissistic structures, power may be felt as essential for mental survival)? Is this the product of the interiorised “totalitarian object”, as described by Michel Šebek? Let’s try to think on some of these hypothesis, which are not in contradiction among them, but, on the contrary, to some extend they may accumulate.

Freud, our common Progenitor, is a rather strong model of identification for each analyst. But, being often idealized, Freud’s figure may become an inner object with whom it could be difficult to deal with. In front of painful feelings of inadequacy, his imago may become persecuting and could stimulate defences close to the identification with the aggressor. In the circumstances in which Freud was developing psychoanalysis, there was not a large space either for democracy or for a working group of peers. We may roughly say that psychoanalysis, and the IPA as its main institution, has been developing with difficulty from a “monarchy”, through an “oligarchy”, to a democracy. This has taken a century and still it seems not fully accomplished. We may find in the history of many Psychoanalytic Societies all over the world sharp struggles among founders and charismatic leaders that led to early splits etc. There is the danger that we unconsciously transmit such patterns, as transgenerational inputs, to the new groups and that the story is, to some extend, repeating itself.

There is the danger that, more or less unwillingly, Western Societies (or Western trainers) invest the Eastern candidates, hosted by them for training, with a special role as representatives of “their” psychoanalysis, or, still worse, of the “only true analysis”. In this way Easterns may be used, on a level of reality, for Westerns’ analytical “colonial” purposes, and, on an unconscious level, for narcissistic purposes. Sometimes happens that Western analysts travelling to East Europe visit and lecture only for candidates trained in their country, more or less ignoring the others existing in the same place. In such a way they may unwillingly support latent splits, which may weaken the cohesion and the growth of the new local group. I would recommend to all the analysts, who travel to new countries, to be careful not to be misused by local “progenitors” willing to foster their authority inside their group or/and among other local groups. To each seminar or lecture should be invited, as far as possible, all the local qualified groups and especially all the candidates. A special attention should be put in helping them to discuss and to compare different positions in a pluralistic, democratic, tolerant way.

As far as concerns the psychoanalytic theoretical approaches, our aim should be to support in East Europe the growth of open minded, pluralistic psychoanalytic groups and not to train missionaries of one or the other analytic “churches”. We should support the growth of democratically working groups, being aware of what a great damage may be done by authoritarian groups, where creativity, and at the end the same development of psychoanalysis, may be hindered.

I do not see any evident difference between Eastern and Western candidates in their passivity in front of authoritarian leaders, though also this possibility should be considered, due to the fact that some generations of Easterns have lived in authoritarian regimes and may have introjected a “totalitarian object”, especially on the group mental functioning level. But the comparison with Westerns should be deepened before we could assume this as a fact.

A positive aspect of The Han Groen-Prakken Psychoanalytic Institute, which is in charge for the training of East Europeans, is that it represents the IPA and the EPF and not a single Society. Still, the Board and the Staff are formed by analysts who, though belonging to different countries and having rather different theoretical approaches, are able to cooperate on all levels, giving an example of pluralism. Last but not least, the PIEE is training analysts, who will never be members of the same Society (or Institute) in which they have been trained. This fosters a more flexible and pluralistic identification and avoids, to the trainers, the temptation to favour or to select those candidates who may become their supporters in future.

The unconscious identification of the pioneers in each country as “little local Freuds” may be to some extend unavoidable. But it could not be a problem until it remains a fantasy, something with which it is possible to play and to make fun of. It becomes a danger only when it is felt too concretely, as a real role in one’s personal life. Such grandiose narcissistic fantasies, which are defences against unconscious painful feelings (often of powerlessness), could sometimes remain not recognized and not worked through by the candidate’s analyst. This could be a damage for the candidates’ personal development, but also for the new analytical group that they are going to form.

If we consider the lack of economic motivations (as important functions within psychoanalytic institutions are often connected more with greater personal expenses than with greater income), the rather common struggle for power within the psychoanalytic groups all over the world has mainly narcissistic motivations. This is not a negative aspect by itself, if we consider a normal and useful healthy narcissism, but it may become concerning when it degenerates to (or cannot recover from) pathological levels.

I have roughly outlined a problem, which is often an item in confidential talks, while it is rarely openly discussed. I think that it could be of great help if we think and clearly discuss it, so that it could be easier worked through by individuals (also in their analysis) so as by the groups.

1 Circular letter sent to IPA Members of the Psychoanalytical Institute for Eastern Europe, 2004.