Forty years ago: the abolishment of psychiatric hospitals in Italy

HomeArticlesForty years ago: the abolishment of... 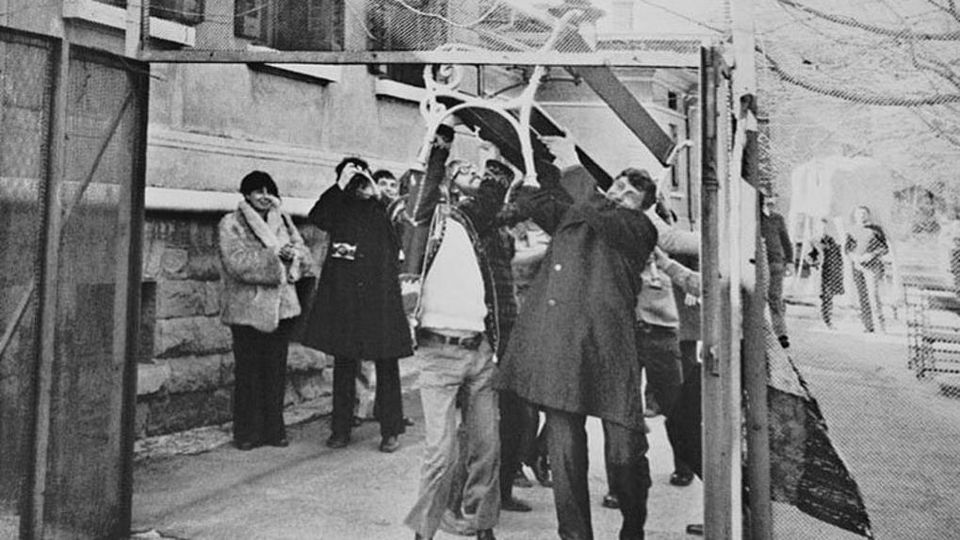 In 1978, the Italian Parliament approved the law decreeing the closure of psychiatric hospitals (PH). It was made possible through results obtained from an experiment that had begun a number of years before in Trieste and, in various degrees, in other Italian cities too.

In 1971, the city of Trieste with its 230,000 inhabitants had a PH with more than 1100 patients. The majority of them had been hospitalized for multiple years if not decades. That same year, Prof. Franco Basaglia was given directorship of the PH. He set in motion a radical program to humanize the care and assistance provided. We two psychoanalysts involved in Basaglia’s project viewed it as a great challenge and stimulus.

The priorities Basaglia established included humanizing the PH, which had to that time been delegated more to reclusion rather than treatment, and to rehabilitate patients by restoring dignity and a semblance of humanity to their lives: replacing gowns with normal clothing, providing barbers and hairdressers, letting them frequent normal places – cinemas, theaters, sport events, day trips, and work environments – rather than confining them to the same ward day in day out. The idea was to open the doors and let them gradually return to the world from which they had been cast out.

Within general society we witnessed the growing need to call into question the prejudices, stereotypes and mechanisms that marginalized or oppressed the ill within the environments they lived or where they would eventually return. Society held a rigid paranoid-schizoid image of the mentally ill: “healthy” population projected all “madness” onto the ill, who were then connotated as “crazy, aggressive, dangerous and incurable” and thus had to be locked up in PHs. This implicitly granted all those on the outside with a certificate of sanity. The stereotype of the mentally ill was entirely negative and dehumanized. It was forced upon and into the mentally ill both by the culture of general society as well as by psychiatric institutions in particular. Their Self, which was already fragile due to their pathologies, was unable to defend itself from these projective identifications and ended up identifying with the image that had been embedded in them by the environment. Only after scraping away at least a part of these decades-long accumulations would we be able to consider more in-depth treatment of mental illness on an individual level.

Tearing down the myth of the dangerousness linked with mental illness was paramount. This was done by highlighting how levels of acted aggressiveness, which cause was once exclusively attributed to mental illness, almost entirely disappeared first with the  humanization of the PH and then with its absence. A parallel positive influence was this of the outside social environment that became progressively more and more containing, thanks to years of efforts done not only by psychiatrists, but also by a large part of the cultural world.

After few years we begun to glimpse the big effects of the continuity in therapy, as the hospital was divided into five areas, each taking care of a specific part of the city. The result was that, with successive hospitalizations, each patient was cared for by the same doctors and nurses. At the same time, home visits began to be carried out by the same hospital workers; it became clear it was necessary to extend treatment outward from the hospital area into the outskirts of the territory, and that this would require the creation of external curing facilities.

In the midst of this project, in 1975 I found myself managing the first Center for Mental Health (CMH). It had been set up on an experimental basis in a small area with 26,000 inhabitants. It started as an outpatient facility, but with some beds too. Ten of these were occupied by patients who had spent decades in the hospital and were locals but no longer had families to whom they could return. Another eight were dedicated to the temporary hospitalization of acute patients who required more immediate treatment for a few days or weeks. This set-up was a significant achievement, and it proved to have enormous therapeutic potential: it meant the possibility to offer each patient personalized treatment. This included outpatient services, day hospital, night hospital or full board, all assessed on a day-to-day basis and all without moving far from home or disrupting contact with family members and the community. These features led also to a substantial shortening in time needed to overcome psychotic crises.

A more respectful treatment of the patient’s person and a stop to the non-specific amassing of the mentally ill in hospital wards combined with a shift in society’s negative stereotypes – and thus of the image of the self that patients felt mirrored to them – allowed them to experience their illness in a less dramatic manner and to alleviate the sensation of solitude and of general incomprehension. Without the fear of violent and depersonalizing hospitalization, patients could now turn to CMH at the first sign of symptoms, before being pulled into the vortex of the illness in its most acute form. Family members or neighbors were often the first to inform us, making timely home visits and therapy possible, which in many cases allowed for the prevention or the containment of the psychotic crisis to the home.

Because of the political atmosphere of that time, it was sometimes also necessary to fight inside the curing team the indulgence in ideological refusals of the necessity to cure mental illness or of its existence at all. But we succeded in replacing the verified destructive effect of PHs with extensive, individual assistance that was customized for each patients and carried out with respect for their dignity and an understanding of their suffering.

This and numerous other factors allowed us to invert the vicious cycle of the illness, which previously would have led to a progressive aggravation of negative effects. In the first five years of our CMH we witnessed a fall in compulsive hospitalizations from 100 to 10 per year.

After some years working to “humanize” the PH and then to extend the external assitance, it became clear that true reform that was capable of responding to the needs of the mentally ill – and ultimately to the needs of the entire population – must necessarily involve the total abolition of the PH and its replacement with a system of care extended throughout the territory. Ultimately, this understanding brought us to 1978 with the approval of the law in Parliament and, a few years later, to the release of the last hospitalized patients from the PH in Trieste.

Without a doubt, there was a combination of factors that led to the success of Basaglia’s experiment in ten years time, what is a relatively short time for such a radical transformation of the mental health care in a city.

The revolutionary wave of the years following 1968 and its overwhelming momentum led to profound changes in Italian society. It brought attention to the values and rights of the individual that had previously been heavily oppressed by authoritarianism and “total” institutions. The climate of those years spurned widespread social debate, leading to the closure of other segregating institutions, such as those managing abandoned or handicapped children, the blind, the epileptic, etc. Schools where children with learning, physical or mental impairments were segregated from others were also closed. But above all, it was the incredible social sensitivity of and the overwhelming push for innovation by so many young psychiatrists and psychologists (and students) converging at that time in Trieste, many also from abroad, who made it possible to overcome seemingly insurmountable difficulties. This all led to a greater spread of information and a broader involvement and debate with the population in general (district public meetings, meetings with families, neighbors and work colleagues, publications in mass media outlets, and the sensitizing of culture, of political figures and of unions).

The concordance and synergy between hospital workers and local administrators played a fundamental role. The fact that this new form of assistance proved not only more adequate but less expensive also played to its favor.

It was also of great importance that at that time the use of psychotropic drugs had been well-established and significantly improved, without which none of this would have been possible.

Conclusion. Trieste has not had a PH in last 40 years and nobody in the city regrets it. The great fears that in the 1970s alarmed the city have come and gone. The 5 CMHs are the cornerstones of mental health assistance. A Psychiatric Service with six beds in the General Hospital for acute hospitalizations helps during the night or holidays. There is a system of apartments all over the districts with varying degrees of nursing assistance that hosts those who with no family to return to. A Cooperative offers work opportunities suited to participants. It goes without saying that no patients have been “exported” or “hidden” outside the province or in other institutions. So, there are also no private psychiatric clinics. In fact, chronic patients who had previously been sent to facilities in other provinces and those who had been sent to the Judicial PH were brought back.

In this context, once the fundamental living conditions for the mentally ill had been normalized, psychoanalysis could have started to play a significant role. But the residual prejudices of the leading psychiatric team, rooted in the old ideology of the 1968, still doesn’t allow it. Nevertheless this is true in part, as at the same time and thereafter there was a great increase – that continues today – in requests for psychanalytic and psychotherapeutic treatment. But this has occurred entirely on a private level, while public psychiatric services have remained limited to acting primarily in cases of “great psychiatry” and taking care of the most marginalized and disadvantaged classes.

That being said, we can confidently say that the experiment carried out in Trieste in the 1970s was a success. It continues to bear witness to the possibility of and a need for psychiatric assistance that does not involve a PH. I personally believe this to be the most relevant fact in the history of 20th century psychiatry.

1 Note published on the WEB  of the Interantional Psychoanalytic Association.