“WEST MEETS EAST AND EAST MEETS WEST” Development from what toward what? 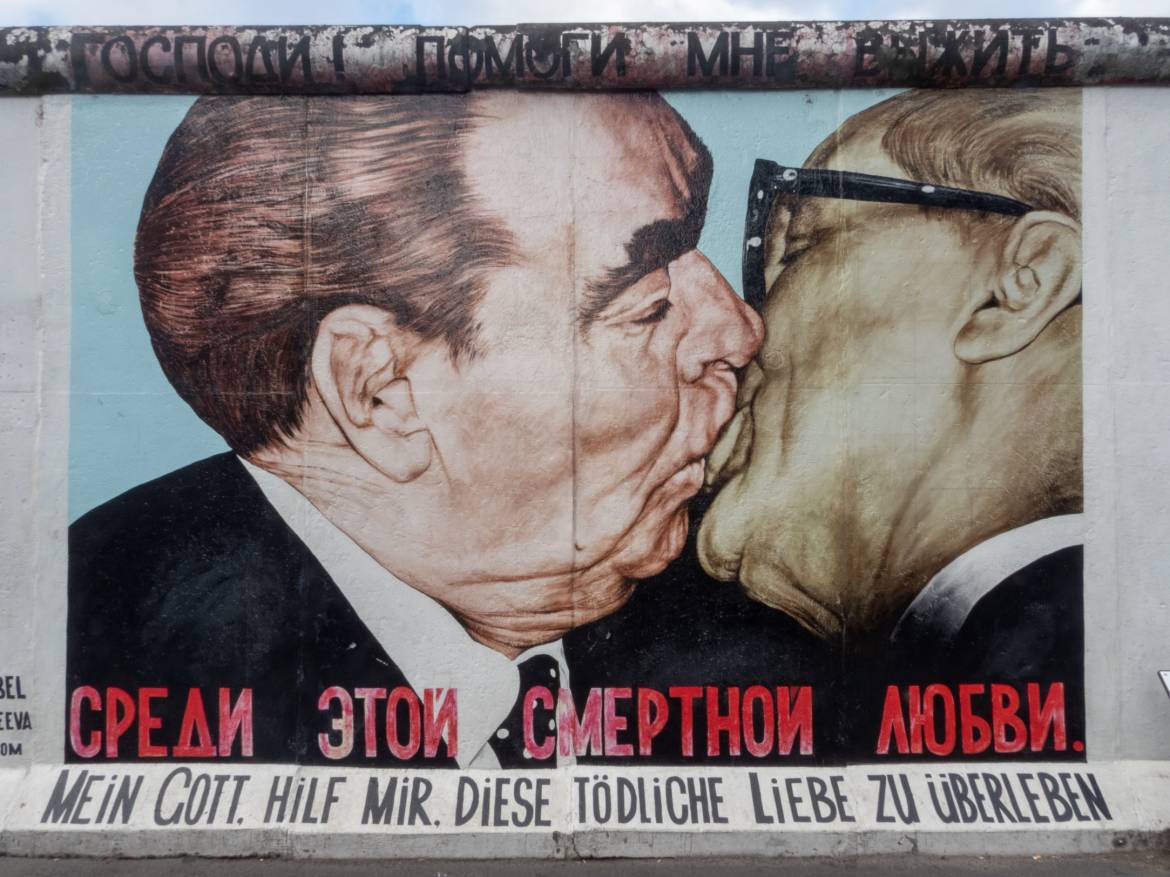 Panel on the European Psychoanalytical Institute:

27 years ago the Iron Curtain fell and psychoanalysis began to spread from West to East. On both sides, this movement was characterised by great curiosity, enthusiasm and, of course, somenaivety.

In certain historical moments unsatisfied needs and tensions that have accumulated through the years produce a revolutionary wave that is difficult to control, but whose energy may be used to achieve results that would otherwise be unachievable. Han Groen Prakken, Eero Rechardt, and all those who collaborated with them, took advantage of this wave and the outcome a quarter century later is now evident: psychoanalysis is well rooted in almost all of Eastern Europe, where there are now 5 Component, 3 Provisional Societies and 5 Study Groups. There are nearly 300 IPA members and some hundred candidates, while in the EPF Council there are 13 presidents representing them.

A second phase is now underway: the further development of psychoanalytical social structures – moving from Study Groups to sophisticated Societies. This is indispensable in order to reach the highest quality of psychoanalytic activity.

Which goals are we now moving toward?

All people share a broad cultural foundation. However, upon this common base we grow and prosper in different cultures, where these differences are continuously influencing us, our patients and, inevitably, even the way we conceive of psychoanalysis.

As Freud and Bion stressed, no person should be considered outside of their group culture. Of course, we should add that the same goes for analysts!

Our continuously changing environment brings about changes in cultures and in individuals, in their psychic structure and functioning, as well as in their pathology. As analysts we are continuously faced with and challenged by such changes in our patients and in ourselves, too.

In all analytical groups, as in the global analytical movement, there is a never-ending elaboration. Clinical work constantlychallenges every analyst’s knowledge. They must constantly shape and update their private theories in order to face such challenges and to be able to work with patients. Sometimes private theories are disclosed and discussed in a local group, and some may be proposed for discussion on a wider national or international level. The continuous production of clinical and scientific papers, the fragments of theories, originates from one’s own clinical work and the knowledge that is absorbed from others.

In a new group, this is complicated by the fact that analystsmust first learn and master foreign psychoanalytical theories. These theories may be richer and more developed than knowledge that can be found or gained at home. We must learn what might be useful and enriching in foreign psychoanalytic theories and practices, even if they are invested by  distant cultures that are sometimes quite distant, and at times alsounavoidably unfamiliar.

Local analysts must therefore be multi-cultural,or perhaps it is better to saymulti-psychoanalytical.It is nonsense to build one’s own national analytic approach at the outset simply for reasons of nationalistic pride, as that approach will ultimately be false.

Only when the imported foreign psychoanalysis is well known, rooted and mastered can we start the continuous process of integration and enrichment with elements of localcultures and the dialectics between the unfamiliar and familiar.

The encounter with unfamiliar motivates the exploration of what remains unknown, while what is (or becomes) familiar fosters fundamental feelings of self-confidence and safety in our understanding.

Continuous elaboration verifies which unfamiliar elements fit as such into the growing home theory, or which should be transformed-adapted to become familiar.  Still, some familiar elements coming from the specific local culture are automatically included in the home theory, sometimes unconsciously. At this point, a hint of the specific local school-approach, begins to take shape. This is based on originality, creativity,and not on false imitation (what we would call a false self). There is no need to plan this, as it happens spontaneously. It is sufficient to simply not hinder it.

Without this continuous and spontaneous process of making psychoanalysis more familiar, it would be devitalized, crystalized and risk remaining unfamiliar.

But valuable originality may bloom only when the ground has been fertilized. Trees produce good fruits only after years of good growth. We see how, in most Societies, it takes decades before some of their members’ papers have reached the quality needed to be of interest in the international arena, in order to fertilize global psychoanalytic thinking.

Such processes of integration and enrichment with localcultural elements have continued to happen in all countries during the last century – since the beginning of psychoanalysis – and have produced an interesting and flourishing tree with a multitude of branches (schools) that grow tall from the trunk of Freud’s psychoanalysis.

Let us remember how psychoanalysis spread from Vienna to Budapest, Berlin, Paris, London, New York, Latin America and on and on, and how these cultures significantly implemented and enriched it, each with its own local specificity. It even reached Moscow, but at that time, in the Thirties, it couldn’t live long enough to prosper.

Psychoanalysis is something alive that endlessly develops, is adapted and fertilized by new times and new environments.

In the culture of the first half of the twentieth century there was a general need to put a stop to the pulsating life in ideologies. Revolutionary movements were petrified in immutable ideologies that could therefore not survive in a constantly developing world. The psychoanalytic movement was also unable to completely avoid this trend, but now times have changed and fortunately it seems basically free of such rigidities.

Importance of group development and functioning

In the past, one could read a significant part of the analytic literature by themselves without the help of others. This is no longer possible. A constant interaction and elaboration within a group is necessary, as there are more and more extents and depths of thinking that are unreachable by a single individual.

I have been impressed as I progressively discover the indispensable role of the analytic group-Society. This is also emphasized in Bolognini’s concept of the “quadripartite model”. Only in good working groups may analysts fully develop their skills and may talented analysts find appropriate environments to foster their remarkable scientific production.

The general development of humankind shows how all progress requires at least two conditions: a rich and stimulating cultural environment (group) and some exceptionally talented individuals within it (let’s think of Freud). Isolation in small groups limits us to basic survival, low level working, and infertile thinking and writing. Talented individuals cannot fully develop their skills under these circumstances.

When the development from informal groups, to Study Groups, to Provisional and Component Societies is completed, this is not the end but, in fact, the beginning of further work and development, in the same way the end of adolescence is just the beginning of a rich, productive adult life. It is the essence of any living subject, and therefore also of any psychoanalytic group, it is a question of never-ending growth and development. We could say that the future of psychoanalysis is connected with the health and effectiveness of psychoanalytic societies. This obligates us to carefully consider the functioning, as well as potential dis-functioning, of analytic groups.

Speaking of functioning and dis-functioning groups, let me stress one detail. “Democracy” is not only a “word for declarations”, but an essential element in psychoanalysis. I fail to understand how an analyst could be authoritarian while relating with colleagues or training candidates in their society, and then be democratic – which largely coincides with being empathetic – with their patients. Is this possible without a substantial splitting? How many potentially rich contributions have been lost because authoritarian leaders have suppressed talented analysts?

In giving birth to and raising children, parents may retrace their own lives, leading to their repair and enrichment. Similarly, we analysts nourish ourselves with the vital energy and enthusiasm of newcomers (like we have seen with our Eastern colleagues), of our candidates and, in the end, of our patients. We may reinforce or re-establish our contact with the vital sources of our infancy-youth, be it personal or analytical. In the end, this is a reciprocal exchange that is useful for both parts. Our children, our candidates and our new analytic groups are truly capable of giving us so much!

“… [the] tension between one’s indebtedness to one’s forebears and one’s wish to free oneself from them in the process of becoming a person in one’s own terms. It is this tension between influence and originality that lies at the core of the Oedipus complex as Loewald conceives of it.” (Ogden, 2009)

In the process of the succession of generations, of passing down life and responsibility from one generation to the next, it is a pleasure to feel part of a chain where we have inherited something from our predecessors and we may leave something of ourselves to those who come after.

This is an extension of our lives in the past, our forerunner, and in the future, it will follow us. How much of it is an illusion and how much is reality? As Winnicot suggests, this is a question, a paradox, that nobody would be foolish enough to try and clear up entirely.

in Articles of Psychoanalysis